Morris County: Wife and Daughters of Morris County Corrections Officer Thank the Agency For Its COVID-19 Courageous Response With Gift of Homemade Empanadas 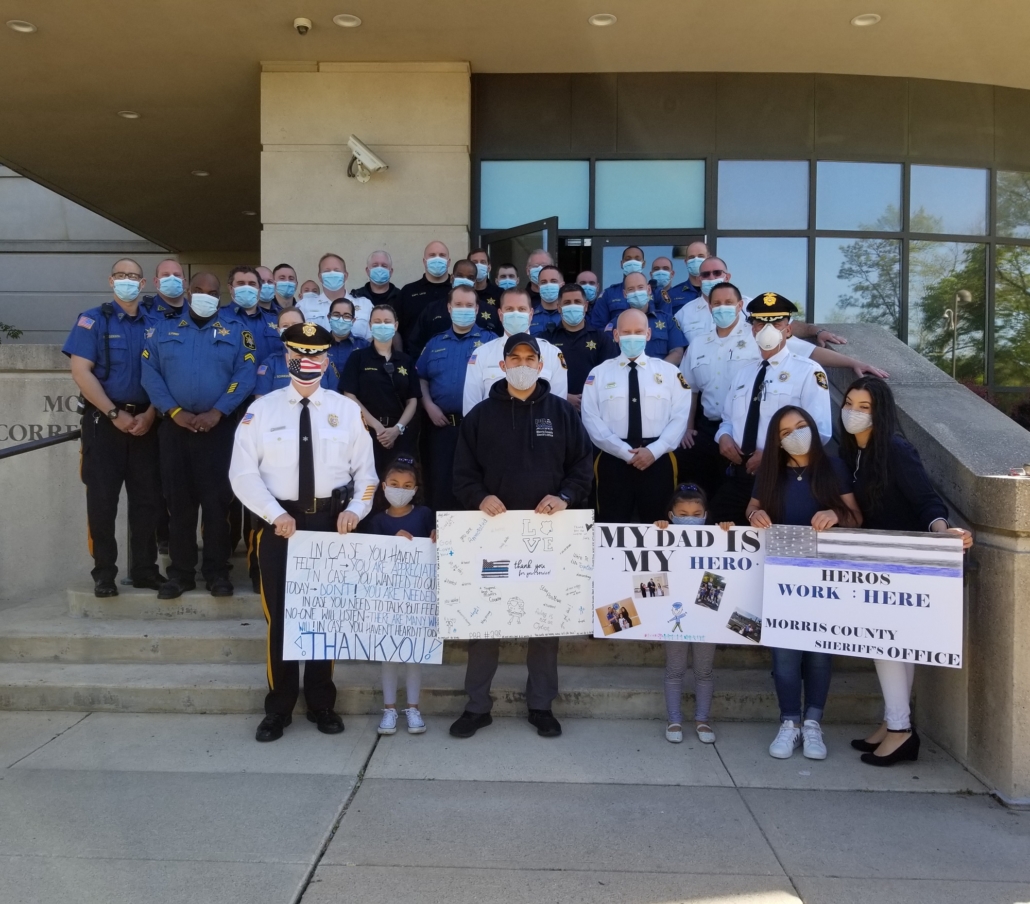 The wife and daughters of a Morris County Sheriff’s Office Corrections Officer wanted to use their hands and hearts to create the perfect gift that would express their appreciation for the fortitude and courage shown by Correctional Facility Officers and Staff during the COVID-19 healthcare crisis.

They decided on a gift that would please their appetites.

The delectable chicken and beef treats, with hot sauce home-prepared from tomatoes and seasonings, were packaged in individual containers on which bright messages – Smile, You’re appreciated – were written.

“We wanted to make something from our hearts and our hands,” said Mrs. Otaegui, a social worker who volunteers at the Correctional Facility.

“What better way to say ‘thank you’ than with food?” Mrs. Otaegui said.

Sheriff Gannon said the gift demonstrates not only appreciation for the rigors Correctional Facility Officers and non-sworn Staff have endured since the pandemic began unfolding in early March but kindness and generosity as a family.

Speaking to the Otaegui family and Officers outside the Correctional Facility, the Sheriff held up one of the family’s signs and read its message aloud:

“I don’t think anybody here could write a better policy than that,” the Sheriff said. 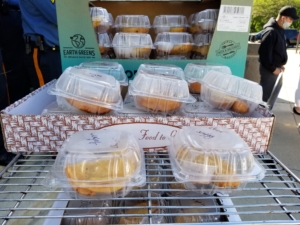 He said the Correctional Facility Officers and non-sworn Staff have persevered through the crisis and emerged stronger. A total of 30 Officers and Staff had contracted COVID-19 and all have recovered and returned to work.

At the peak, 19 Correctional Facility inmates were ill with the virus and cared for round-the-clock in isolation units by Facility Medical Unit staff. All but five inmates, who are doing well, have recovered.

“It’s been a little bit of a change for the Agency. I would suggest it’s been an excellent change. I’ve seen heroism here like no place else. I’m very proud of each and every one of you.  I’m very proud of things that are maybe more important than running a jail and that’s running a family,” the Sheriff said.

Mrs. Otaegui said that she, her mother, Lucy Calderon, and her daughters who range in age from 12 to 4, started preparing the empanadas Wednesday and then fried them early Thursday morning, shortly before delivering them to the Correctional Facility.

“We just had to do something to show our gratitude,” Mrs. Otaegui said.

For a downloadable PDF of this article, click here:  Morris County: Wife and Daughters of Morris County Corrections Officer Thank the Agency For Its COVID-19 Courageous Response With Gift of Homemade Empanadas

Ocean County: Tips For Protecting Yourself From COVID-19 (Video)