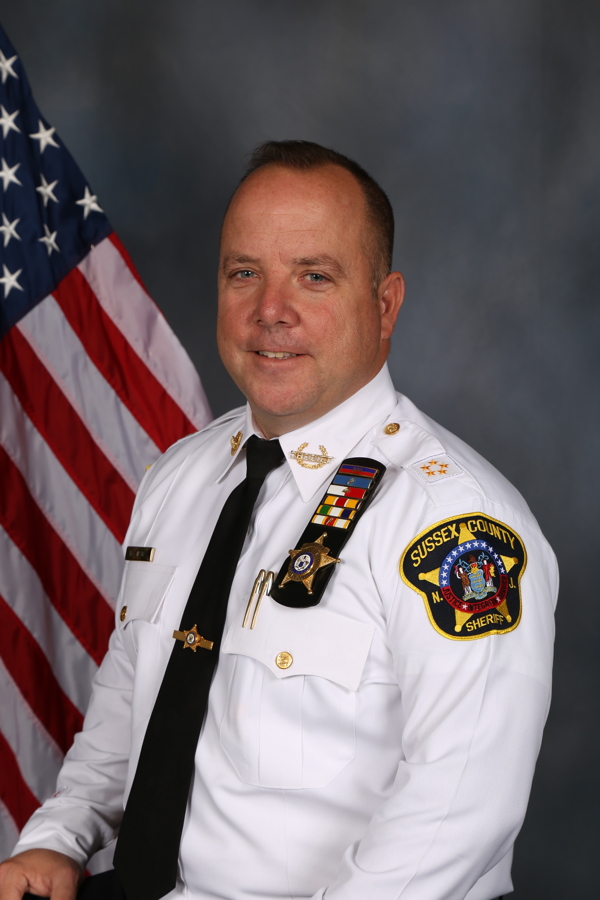 After being honorably discharged from the military, Sheriff Strada went on to pursue a career in law enforcement and graduated from the Morris County Firefighters and Police Training Academy in 1993. He began his law enforcement career with the Morris County Sheriff’s Office where he was assigned to the Criminal Investigation/Crime Lab Unit. In 1995, Sheriff Strada joined the Mt. Olive Township Police Department and was assigned to the Patrol Division where he served for ten years. In 2005, he moved up to the Investigations Division where he served as a detective for the duration of his tenure with Mt. Olive. Over the course of his career with Mt. Olive, Strada was the recipient of numerous departmental awards including the 1998 Knights of Columbus Shield Award, Morris County 200 Club 2001 Valor Award, three lifesaving awards, four honorable service awards, three meritorious service awards, an educational achievement award and a military service award.

Sheriff Strada has an associate’s degree in criminal justice, a bachelor’s degree in administrative science from Fairleigh Dickinson University and a master’s degree, also from Fairleigh Dickinson, in administration. Law enforcement certifications and training include FBI Police Supervision and Management, Northeast Counterdrug Training Center: Leadership and Mastering Performance Management, Supervision Principles, Police Supervision, Organizational Leadership, and Practical Homicide Investigation. In addition to being a graduate of both the FBI National Academy and the Executive Leadership Program at the National Sheriffs’ Institute (NSI), he is also a certified field training officer and police academy instructor.

Sheriff Strada resides with his wife and three children in Hampton Township.