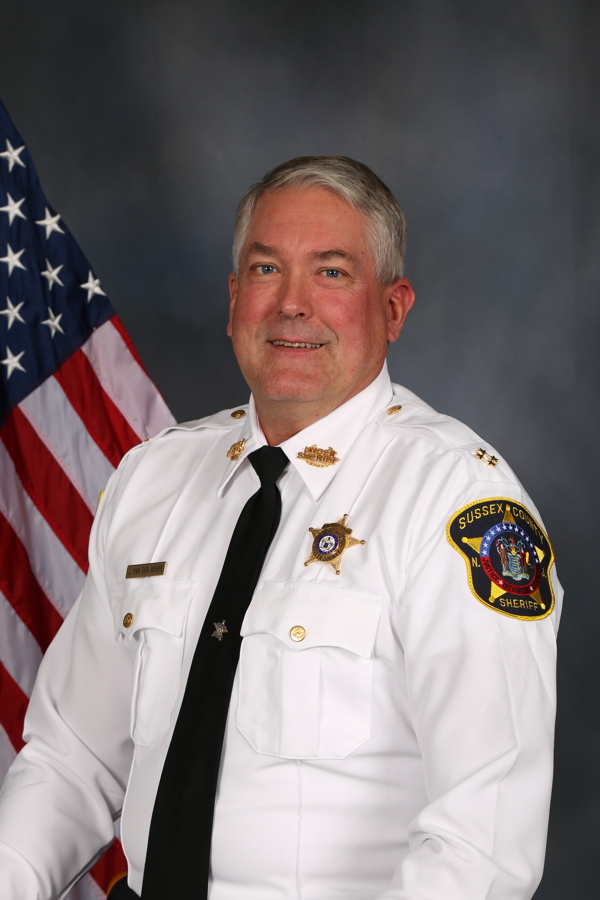 Undersheriff John Schanstra is a lifelong resident of Sussex County graduated from Sparta High School and from Morris County Community College with an Associates Degree in Criminal Justice, also from Fairleigh Dickinson University with a Masters of Administrative Sciences Degree.  In 1988, he graduated from the New Jersey State Police Municipal Police Academy as part of the 188th Class.

During his 25-year career as a Police officer with the Borough of Ogdensburg and the Township of Sparta he started his career as a patrolman, Undersheriff Schanstra, after being promoted to Detective served in the Investigative Unit of the Sparta Police handling criminal and administrative investigations. Undersheriff Schanstra was assigned as the liaison with the Middle Atlantic – Great Lakes Organized Crime Law Enforcement Network to the purpose of analyzing and dissemination of criminal intelligence. Undersheriff Schanstra was promoted to Detective Sergeant and took command of the investigative unit of the Sparta Police Department overseeing all investigations and the oversight of schools security of the district along with Sparta Pope John and Vo-Tech High School. Undersheriff Schanstra was sworn in as a Deputy United States Marshal and assisted the United States Marshal Service Joint Fugitive Task Force in the apprehension of violent Criminal in the Tri –State area.

Besides his Masters degree in Administrative Science Undersheriff Schanstra holds the position of Adjunct Professor at Sussex County Community College where he teaches criminal Investigation at night.

Undersheriff Schanstra is a member of the Fraternal Order of Police Lodge #26 and the Interstate Law Enforcement Officers Association.