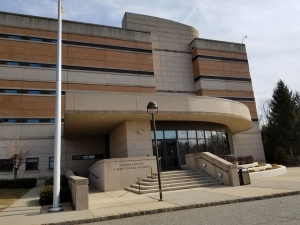 The Morris County freeholders voted 7-0 in support of the three-year agreement that will go into effect on Monday, April 1.  The pact will remain in effect until March 31, 2022, unless terminated earlier by mutual consent.

“This is another example of smart business through shared services,” said Morris County Sheriff James M. Gannon who negotiated the agreement with Sussex County Sheriff Michael F. Strada through the oversight of respective county counsels for both counties.

“We have a sophisticated operation at our correctional facility and this gives us an opportunity to cut our operating costs with the additional revenue from Sussex County,” Sheriff Gannon said.

“This is exactly the type of smart government we should be fostering in our state, to provide needed programs and services in the most cost-effective and efficient manner possible,” said Morris County Freeholder Director Doug Cabana.  “In this case, it makes great sense for Morris County to partner with Sussex County, for the benefit of taxpayers in both counties.”

Morris County already has shared service agreements through which Sussex and Warren counties use its Medical Examiner services, and other counties house their juveniles at the Morris County Juvenile Detention Center and Youth Shelter.

“I believe this shared service agreement is fair and works in the best interest of both Sussex and Morris counties,” Sheriff Strada said

“In Sussex County, this agreement will result in additional savings in the operations budget of our correctional facility. We were $2.7 million under budget last year and I expect that savings to increase with the transfer of our female inmate population to Morris County,” Sheriff Strada said.

“I look forward to working with Sheriff Gannon and his staff to ensure a smooth transition of inmates as we move forward with this agreement,” he said.

Opened in May 2000, the Morris County Correctional Facility off John Street in Morris Township was built to house 524 inmates but now has an average daily population of about 200 inmates.

The population at the Keogh-Dwyer Correctional Facility in Newton, which opened in 1978, has been declining since statewide criminal justice reform, also known as bail reform, went into effect in 2017 and resulted in more arrestees being released pretrial under special conditions rather than being held in custody.

A key provision of the agreement calls for Sussex County Sheriff’s Officers to transport female inmates to Morris County and then to subsequently retrieve and transport them back to Sussex County upon discharge.

Another provision calls for Morris County to provide all routine, non-hospital, non-emergency medical services. However, Sussex County would be responsible for t 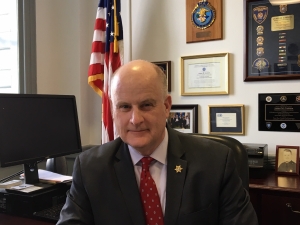 Sheriff Gannon, along with Warden Klein and Morris County Correctional Facility Undersheriff Alan J. Robinson, said the Morris County jail is uniquely suited to accommodate the Sussex County inmates because of its size, available space and multiple accreditations attesting to its professional operations.

The Sussex County inmates housed in Morris County will have equal access to educational and substance abuse programs, as well as special programs started by Sheriff Gannon that include the Successful Transition and Re-Entry Program (STAR) that assists inmates in re-entering the community, and the Hope Wing, for inmates struggling to overcome substance abuse addictions.

For a downloadable version of this article, please click here: MORRIS-SUSSEX JAIL PACT