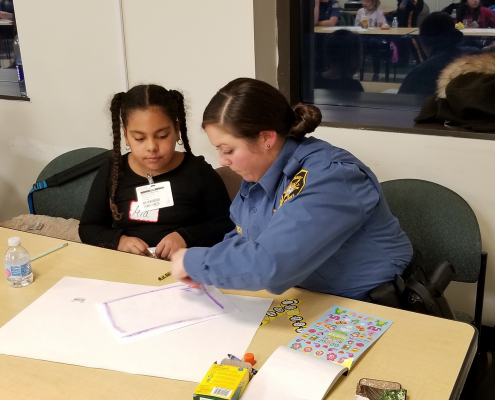 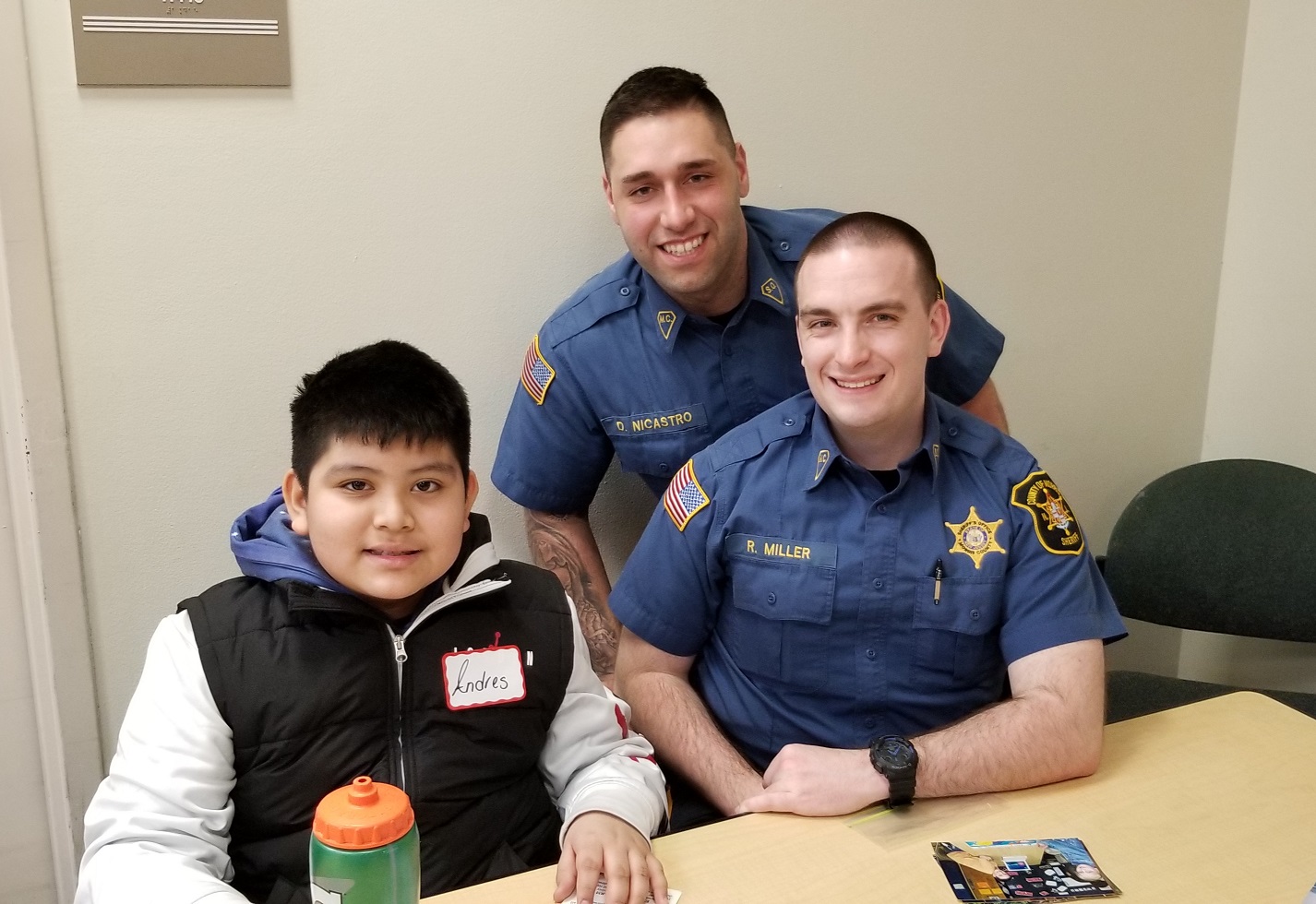 The Officers are volunteers in the non-profit’s national campaign called “Bigs In Blue” that matches Public Safety and Law Enforcement Professionals with children who can benefit from a mentor and rise to their full potential.

The concept of being inside a jail intrigued the children, some of whom told Morris County Sheriff James M. Gannon they want a tour, along with wanting to see K-9 demonstrations. Those adventures are ahead on the agenda, arranged by Sheriff’s Officer Kayla Santos and Bureau of Corrections Lieutenant Andrew Bileci and Sergeant Robert Horvot.

Sheriff Gannon greeted the children, who quickly overcame any initial shyness to join their Big Brothers and Big Sisters in activities and drawing games designed to reveal their interests and common likes and dislikes.  The Officers all brought along pictures of themselves as 4th-graders to show the Littles.

Soccer, pizza and music were attractions overwhelmingly shared by the Bigs with their Littles.

Sheriff Gannon told the Officers he was proud of their volunteerism and desire to help young people succeed, despite juggling work schedules and their own family lives. Prior to being designated as Big Brothers or Big Sisters, all the Officers attended an information session and volunteer training conducted by program specialists.

“Thank you for taking the time to make a difference in a young person’s life,” Sheriff Gannon said.

The Sheriff told the children he had mentors growing up, in addition to his parents, that were important to his growth. 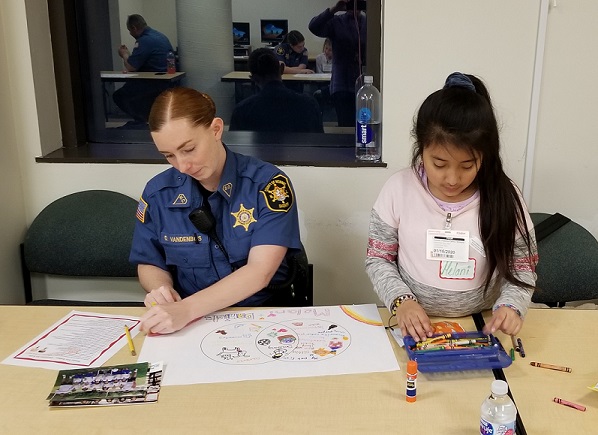 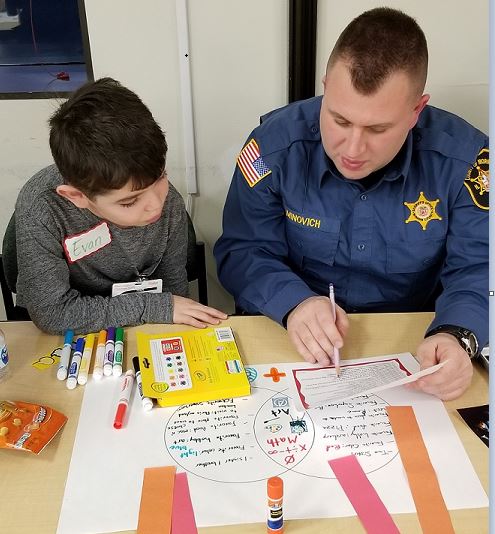 All the future sessions between the Officers and their Littles will be conducted as a group, with plans calling, in part, for a Career Day, Field Day and County Correctional Facility tour.

William A. Salcedo, Executive Director of Big Brothers/Big Sisters of Coastal and Northern New Jersey, was at the first session to thank the Officers for volunteering and potentially helping the children overcome challenges and obstacles they may face.

For a Downloadable copy of this article, click here: Nineteen Sheriff’s Officers volunteer to mentor 4th-graders