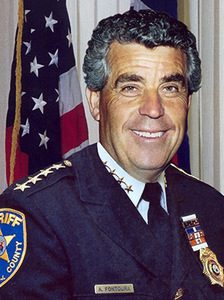 Prior to his election as Sheriff, Armando Fontoura rose through the ranks of the Newark Police Department. In a police career that began in 1967, Fontoura earned the rank of Captain and served as Chief Assistant to the Police Director. As Chief Assistant, he helped formulate policy, issued daily directives and was responsible for the Office of Public Information.