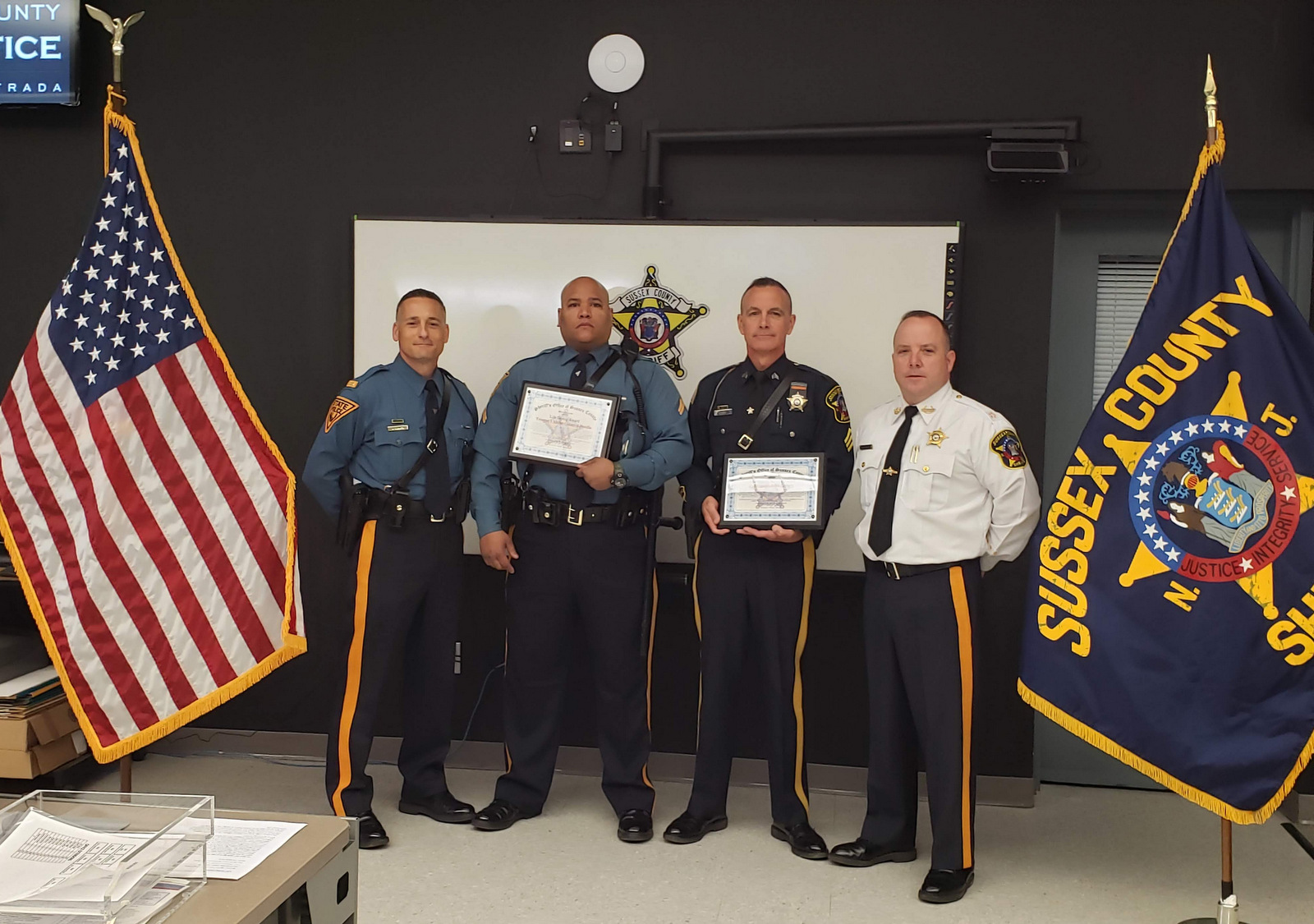 Both officers quickly responded to the call and performed “two-man CPR” while also utilizing an automated external defibrillator AED unit as the victim was in full cardiac arrest.  Both Trooper Cabrera-Bonilla and Sergeant Gray continued to work together, established a heartbeat and the victim began to breathe.  The victim was transported by the local first aid squad for additional medical attention and the victim survived the incident.

Sussex County Sheriff Michael F. Strada said, “The lifesaving actions of Sergeant Gray and Trooper Cabrera-Bonilla reflect the highest standards of service to the community and their performance is an example of true professionalism.”

Present at the ceremony were officers of the Sussex County Sheriff’s Office along with New Jersey State Police Station Commander, Lieutenant Matt Avenatti of the Troop B Sussex Barracks.  Lieutenant Avenatti praised the members of the Sussex County Sheriff’s Office by noting that because of the seamless relationship between the two law enforcement agencies, especially as they perform training sessions together, this enabled the two officers to work effectively.  Lieutenant Avenatti further stated, “Agencies that train together, respond better together for the citizens of Sussex County”.