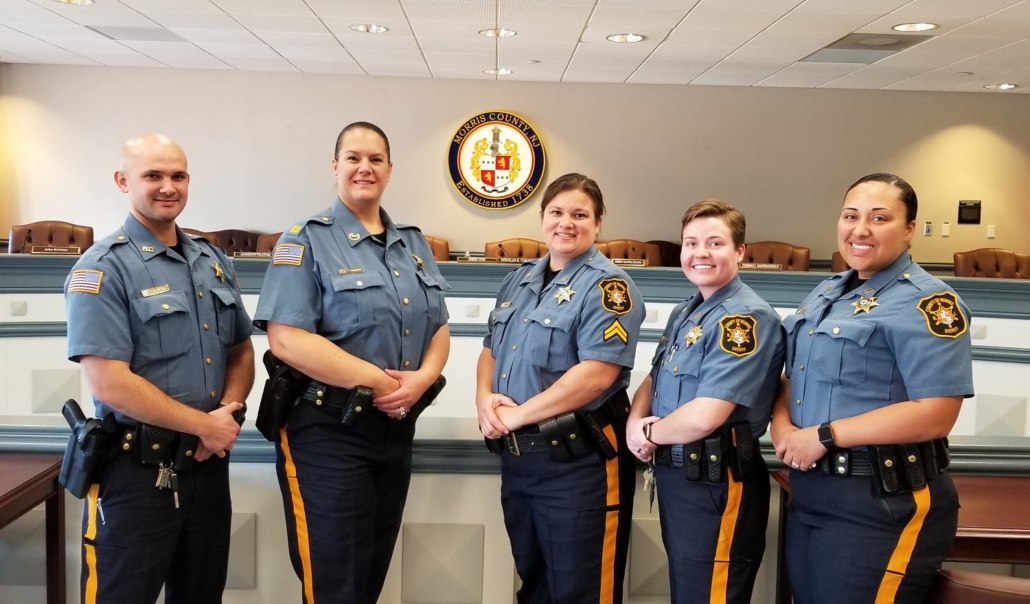 The Morris County Board of Freeholders has applauded the Morris County Sheriff’s Office Bureau of Law Enforcement for achieving national reaccreditation, a demanding process that measures compliance with the most advanced standards on policy, procedures, operations, training, administration and support services.

The prestigious, advanced reaccreditation by the Commission on Accreditation for Law Enforcement Agencies, Inc. (CALEA) is the first accomplished by the administration of Morris County Sheriff James M. Gannon, who was sworn in as the 77th Sheriff in January 2017.

The agency first was awarded CALEA accreditation on March 21, 1998, and has now been reaccredited seven consecutive times.

“I and the entire Freeholder board commend Sheriff Gannon and his officers for maintaining these nationally recognized standards of excellence and for being accountable, fair-minded and community-oriented in how they deal with the citizens of Morris County. This is a very important achievement, particularly in this volatile era when some citizens and law enforcement are clashing in other parts of this nation,” said Morris County Freeholder Director Deborah Smith.

Executive Director Hartley gave the Freeholders a glowing appraisal of the accreditation efforts of the Bureau of Law Enforcement, which met 361 rigorous reaccreditation standards.

“These efforts take strong leadership of course, as well as technical support, but they also require every member of the organization, both sworn and non-sworn, to embrace the concepts of accreditation and consider the implications of their actions in regard to our standards,” Executive Director Hartley said.

“Although I don’t think there has been a difference in this in the course of history, now more than ever, it’s critical for law enforcement agencies to commit to doing the right thing, the right way, and having accountability as a part of their organizational make-up.  Again, the Morris County Sheriff’s Office embraces this concept through accreditation and allows CALEA as an independent body to examine its most sensitive and complex operations to confirm its commitment to this important business philosophy,” Executive Director Hartley said.

“Achieving reaccreditation is a rigorous process but necessary, I believe, to show the community that the Morris County Sheriff’s Office strives for excellence and transparency. I asked the assessors to kick the tires and look into everything because we welcome the scrutiny. It’s a true credit to everyone in the Bureau of Law Enforcement that its quality has again been affirmed,” Morris County Sheriff James M. Gannon said.

The Morris County Sheriff’s Office is one of just two Sheriff’s Offices in New Jersey to be nationally accredited. Statewide, 17 law enforcement agencies have achieved national accreditation, including the New Jersey State Police.

The Sheriff’s Office accreditation team spent the years 2016 through 2019 meeting annual, web-based prongs of the accreditation process that prepared the agency for a climactic, four-day visit in October 2019 by CALEA Assessors, former Law Enforcement professionals Charles Groover of Georgia and Thomas Clark of Virginia.

Public input was welcomed, with 13 individuals, business owners and representatives from state, federal and local law enforcement agencies calling the assessment team to offer positive opinions about the Morris County Sheriff’s Office.  They included a member of the LBGTQ community and a woman whose husband is a client of the Sheriff’s Office Project Lifesaver program.

During the site-based assessment, Sheriff Gannon and his accreditation team took the assessors on a tour of the Morris County Courthouse, which the Bureau of Law Enforcement is constitutionally mandated to protect, and the team showcased the agency’s specialized services and innovative outreach programs. 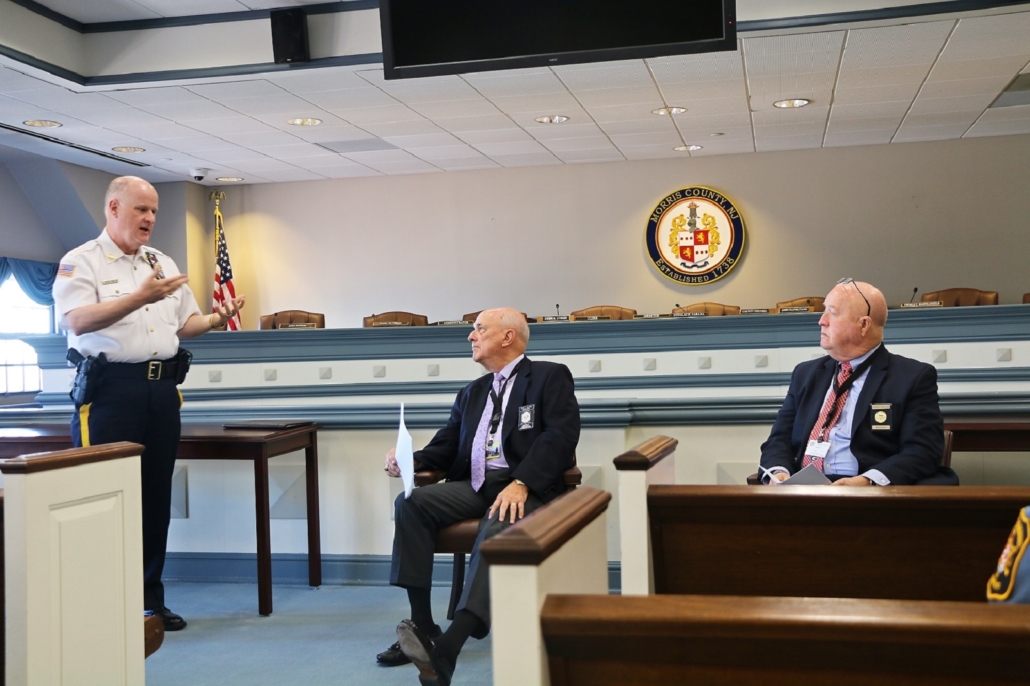 The assessors in October 2019 also conducted 112 interviews with sworn and non-sworn members of the Sheriff’s Office, community members, and Superior Court personnel, including Superior Court Assignment Judge Stuart Minkowitz, who works closely with Sheriff Gannon on all aspects of courthouse security.

Before CALEA ultimately awarded the Sheriff’s Office four-year reaccreditation in March 2020, it delivered a Final Assessment Report that expressed admiration for initiatives launched by Sheriff Gannon.  Those programs include the Hope One mobile substance use and mental health outreach program, the RSVP-3 school threat assessment program, and the RSVP-3 mobile app that allows individuals, particularly students, to anonymously report threats to school safety and other concerns.

“The agency has a community outreach component (that is) very active with businesses, neighborhood associations, citizen groups, civic organizations and on and on.  The programs Sheriff Gannon and the agency have introduced since his administration took over three years (ago) is amazing,” states the report, authored by the assessors.